, /PRNewswire/ -- joined forces with today, May the Fourth, to unveil a new, one-of-its-kind Star Wars-themed aircraft that even Chewbacca would be proud of. The plane, painted space black with the iconic Millennium Falcon emblazoned on the tail chased by TIE fighters, celebrates Star Wars: Galaxy's Edge, the newest land of adventure inside in The plane is now flying on routes across Alaska's network for the universe to enjoy. 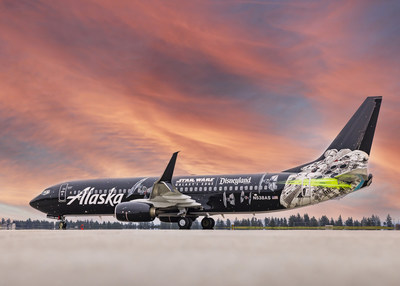 In celebration of the themed aircraft, guests wearing Star Wars-branded clothing enjoy early boarding today on their flights. So grab your classic -shirt or sweatshirt and we'll see you at the gate.

Watch how we transformed one of jets into the new Star Wars-themed plane at the Alaska Airlines Newsroom.

"As part of our strong collaboration, is proud to combine forces with for another magical, special-edition aircraft," said , managing director of marketing and advertising for . "The detailed artwork and intricately painted design is out of this world, and our guests, especially lifelong Star Wars fans, will feel instantly transported and eager to land at Star Wars: Galaxy's Edge the moment they see it."

For this latest collaboration – seventh painted plane for the – no Jedi mind tricks were needed: the force was strong for a Star Wars livery to finally enter fleet. The aircraft's official name is "Star Wars Transport to the " with a tail number of N538AS.

"Star Wars: Galaxy's Edge is one of the most popular destinations at ," said , , vice president of sales and services. "Now, thanks to our great friends at , our guests can begin their Star Wars experience even before they arrive at ."

The unique design of the Star Wars-inspired plane is a collaboration among teams at , and . Familiar spacecraft span each side of the plane with hand painted, detailed imagery: the Millennium Falcon and four TIE fighters. Designers at focused on the incredibly identifiable, widely recognized Millennium Falcon for the spotlight, in addition to the well-traveled spaceship being the focal point at Star Wars: Galaxy's Edge – a 14-acre land in .

The Star Wars: Galaxy's Edge and logos are featured in the center of the fuselage. For a lighthearted touch, porgs (the cute avian creatures that lived on remote island) look back at passengers from both winglets, as another porg greets guests at the boarding door.

To bring the imagery to life, the plane's exterior required 228 gallons of paint applied during 540 work hours over 27 days. For the painting, 23 base colors were used with numerous custom colors mixed onsite for the detailed airbrushing of the Millennium Falcon and the TIE fighters.

"Star Wars Transport to the " is scheduled to fly in the fleet and throughout network for at least eight years. You can also spot "Friendship and Beyond at " at airports and in the skies with a whimsical tribute to at – our last -themed aircraft that began service in .

Guests can always book their next trips to (or hundreds of other destinations) at alaskaair.com. And once there, it's always a perfect time to visit and all it has to offer.

About the Disneyland Resort
The  features two spectacular theme parks – (the original theme park) and – plus three hotels and the , comprising unique dining, entertainment and shopping experiences. The Resort's hotels are the luxurious, 948-room  , which also features 50 two-bedroom equivalent units; the magical, 973-room – both properties – and the 481-room   with its "day-at-the-beach" theme. For information on attractions and vacations at the , visit Disneyland.com, call (866) 43- or contact local travel agents. Located in , the opened . Open daily, year-round.

About
and our regional partners serve more than 120 destinations across , , , and . We emphasize providing low fares for our guests, award-winning customer service and sustainability efforts. is a member of the oneworld global alliance. With the alliance and our additional airline partners, guests can travel to more than 1,000 destinations on more than 20 airlines while earning and redeeming miles on flights to locations around the world. Learn more about at news.alaskaair.com. and are subsidiaries of (NYSE: ALK). 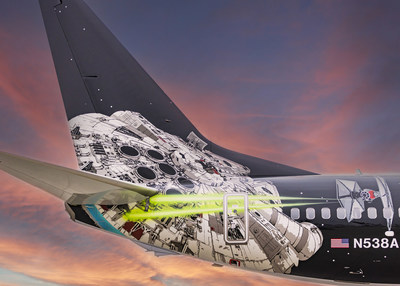 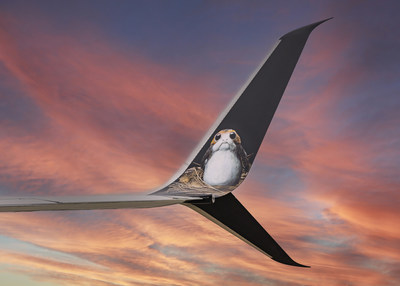