, /PRNewswire/ -- About 18,000 pounds of fresh Copper River salmon arrived on a fish-filled plane touching down at shortly after Today officially marks the start of the salmon season that is anticipated by seafood lovers throughout the and beyond. By noon, Alaska Air Cargo is expected to deliver a total of 50,000 pounds of Copper River salmon to the Lower 48 with more scheduled on later flights. 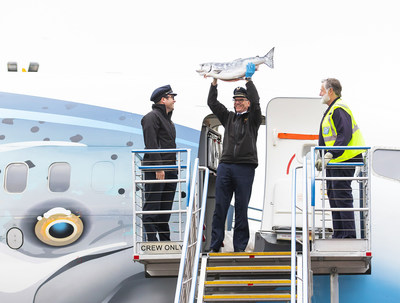 "This year, we are flying in the first catch of coveted Copper River salmon on the largest flying salmon in the world – the Alaska Airlines Salmon-Thirty-Salmon," said , managing director at Alaska Air Cargo. "Supporting the seafood industry has been a core part of the airline's history. We applaud the state of and our seafood partners for setting the standard for sustainable fishing practices, which allows salmon lovers to enjoy some of the best fish in the world."

Copper River salmon shipped on Alaska Air Cargo arrives fresh to grocery stores and restaurants across the nation, thanks in part to a cold chain process, an annual training program required of all airline employees who handle perishables. The program ensures fresh seafood is handled with the utmost care and quality standards.

Seafood processors and follow these cold-chain standards to provide a temperature-controlled environment for proper food handling. The goal is to keep seafood moving rapidly throughout its journey on and maintain a consistent temperature range from the time it leaves the water to when it arrives at stores and restaurants.

"This is a really exciting season in . There is always a sense of optimism as fishermen launch their boats and put on their freshly hung nets. Everyone has a smile on their face and an extra bit of a bounce in their step," said , executive director of .

Hoover reports the forecast for Copper River king salmon this year is up from the past seasons, while the sockeye forecast is about average. "We hope to see 55,000 king salmon and close to 1.5 million sockeye return to the Copper River this season," said Hoover.

Every year Alaska Air Cargo partners with the state of three largest seafood processors, Trident Seafoods, Ocean Beauty Seafoods and Copper River Seafoods to bring the coveted fish to and , where it will then be delivered to restaurants and grocery stores throughout the , and across the country. The carrier flew nearly 14 million pounds of fresh seafood to the Lower 48 states and beyond last year, including more than 85,000 pounds of Copper River salmon.

Photos and videos captured in , where the coveted fish is caught, will be shared by on the airline's Twitter account @AlaskaAir. High-resolution photographs of the season's first Copper River salmon to arrive in the Lower 48 will be posted in the airline's online newsroom image gallery at www.alaskaair.com/newsroom by today.

Copper River salmon enthusiasts can learn more about some of the people of who help to power the fishing industry on the blog.

Alaska Air Cargo transports more than 170 million pounds of cargo annually—including seafood, mail and freight —and operates the most extensive air cargo operation on the of any passenger airline.

and its regional partners fly 44 million guests a year to more than 115 destinations with an average of 1,300 daily flights across and to , and . With and Alaska , guests can earn and redeem miles on flights to more than 900 destinations worldwide. Learn about award-winning service at newsroom.alaskaair.com and blog.alaskaair.com. and are subsidiaries of (NYSE: ALK). 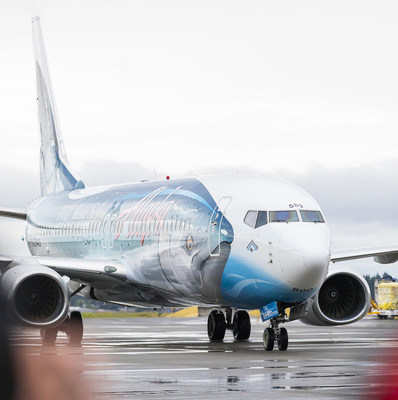 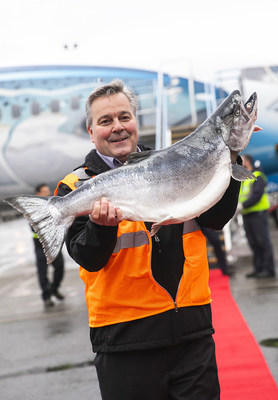 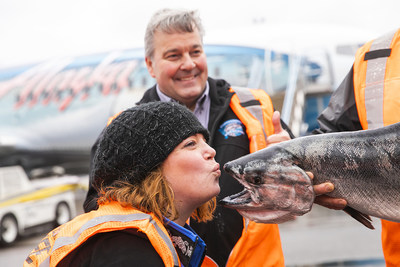